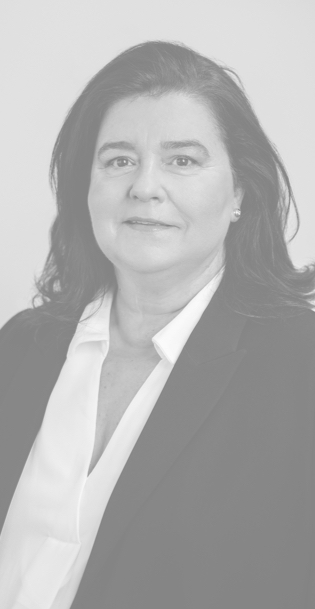 “You can’t improve what you can’t measure. We’re obsessed with data referring to quality and satisfaction as ways of achieving a great customer experience.”

Consuelo Rodríguez is the Chief Operation Officer of Unisono Group since 2012. Chelo enrolled the Group in 2006 as a Clients Director, assuming, afterwards, the position of North Operations Director.

She graduated in Law from the University of Navarra and holds a Master on Business Administration at the IESE, Barcelona.

Prior to her incorporation to the company, Chelo was Organizational Director and Corporate Director at Multiasistencia and an Associate Consultant at the Alfa Consultants. 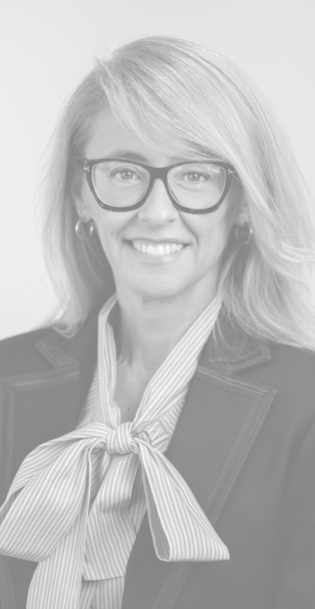 “The fact that our employees feel satisfied with their work is a key factor in achieving the levels of excellence we seek for our clients.”

Ana Cartón has been the Human Resources Director of Unisono Group since September 2013.

She has a degree in Economics from the Universidad Autónoma of Madrid (1992) and an Executive MBA from Northwestern University, Kellogg Graduate School of Management, Illinois, USA (2000).

She completed a Postgraduate Program in Executive Coaching and Management at the IE (2010) where she is currently a Professor; and a Master’s Degree in Consulting for Change at Insead, France (2013).

Before joining Unisono, Ana developed her professional career at Accenture and Vodafone.

“It’s a great satisfaction to have a remarkable banking pool. Negotiating with them has provided us with the capacity for financing and to contain the widening of spreads we’ve experienced in recent years.”

María Andrés has been the Chief Financial Officer of Unisono since 2000.

María holds a degree in Economic and Business Sciences, specializing in business research, from the University of Zaragoza, and a Master’s Degree in Business Administration (MBA) from the IESE in Barcelona.

Before joining Unisono, María developed a degree as an Assistant to Planning and Control Managing Director at Airtel Mobile (now Vodafone), as a Logistics Manager at Onix Communications as well as positions involving analysis, market research and accountancy in different companies. 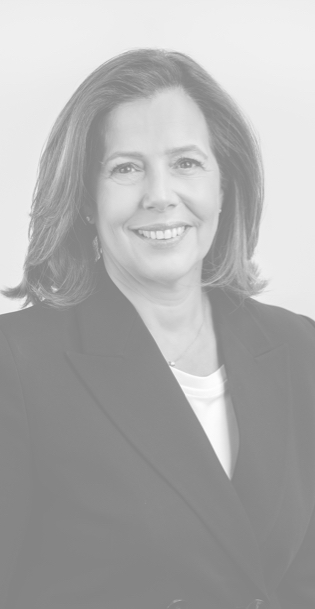 “A company is always a thrilling project. We seek to achieve excellence by refining the details on a day to day basis.”

Since April 2011, Sandra Gibert has been the Managing Director of Unisono. Sandra joined the company in 2000 as Sales and Marketing Director.

She holds a degree in Economic and Business Science from the Pontifical University in Comillas, PDG (Management Improvement Program) from the IESE, and first class of Lider Scholarships from Madrid Autonomous Community.

Before joining Unisono, Sandra worked as a Channel Manager at Coca Cola (1998-2000), Trade Manager Head at Airtel Mobile (1995-1998), Consultant at Diamond Cluster and member of the International Department at Banco Popular.

A graduate in Economic and Business Science from the Universidad Pontificia de Comillas and in PDG from the IESE. 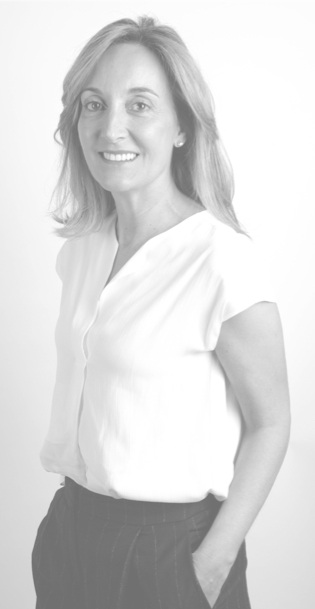 Chairwoman and founder of Unisono in 1999.

María del Pino Velázquez holds a degree in Mathematics, specializing in statistics, from the Complutense University in Madrid, and has a Master’s Degree in Business Administration (MBA) from the IESE in Barcelona.

Prior to founding Unisono she worked as Customer Service Director at Airtel Mobile (now Vodafone), as a member in the Chairman’s Office and Strategic Planning Department of Banco Central Hispano (now Banco Santander) and as a consultant at A.T., Kearney and Arthur Andersen (now Accenture). 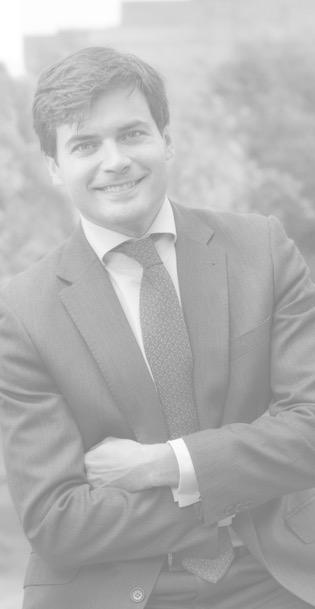 “Having the best sales team allows us to anticipate our clients’ needs, and maintain the quality of our proposals.”

Miguel Villaescusa is the Sales and Marketing Director of Unisono Group since 2014. Miguel joined the Group in 2008 where he continued his career in the sales department. At first, he started as a Business Development Consultant, after which, he became Business Development Director.

Before joining the company, Miguel developed his professional career in the commercial area at the real estate sector and in within the sports marketing management field. 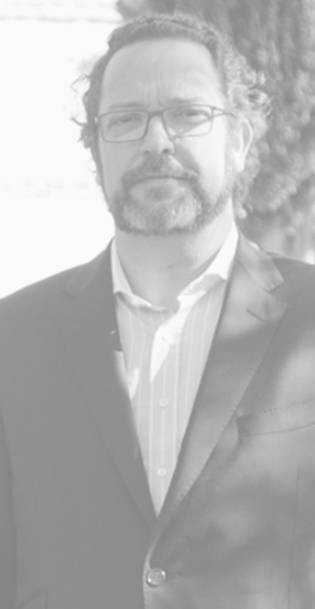 “Technology is one of the ways that companies come into contact with their customers, and we are their best ally from the moment of it`s implementation, not only ensuring that this contact occurs, but also ensuring a sense of mutual satisfaction.”

Chema Calvo is the Chief Information Officer of Unisono Group since 2008.

He is an information systems engineer. He holds specific formation in CAN, CNE, CNI, MCSE, BCP and ITIL methodology within others.

Before joining Unisono, he developed his professional career in the technological department of other companies such as Telefónica, COMPAW and Mapfre. 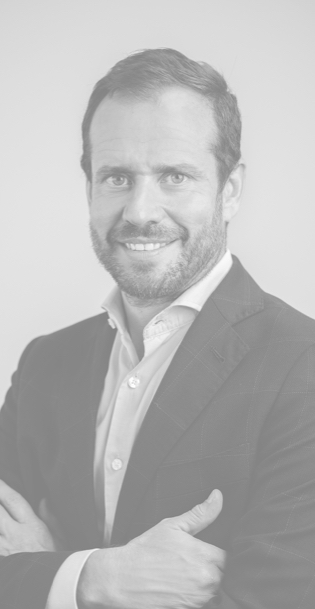 “Everyone talks about Customer Experience as if it were something novel and disruptive. To make it work, you have to travel a long way, and our mission is to prune the trees in order to be able to see the forest.”

Antonio Díaz has been the Innovation, Strategic Planning and Consultancy Director of Unisono Group since 2013. He joined the Group in 2008 as Clients Director.

Prior to his incorporation to the company, Antonio developed his professional career at the Grupo Indra where he occupied the position of Business Solutions Manager. 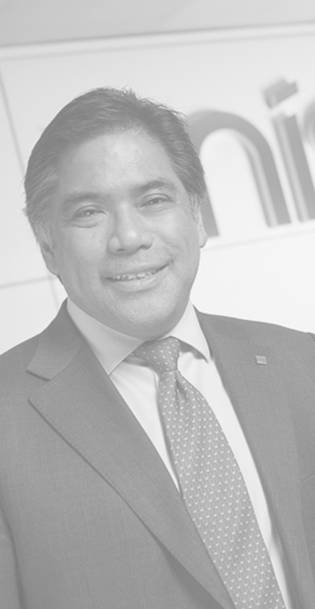 “Competing on the international stage is matter of vocation, dedication and skill... and without doubt, adjusting the services to different cultures. That way we can offer a global service, by taking care of the details.”

He is graduated in Business Management & Administration at Berkeley, California, and completed an Executive MBA at the EOI, Madrid.

Alex has a wide international professional experience in the fields of Customer Service and TIC since his beginning in Pacific Bell in 1991. He executed international functions in Vodafone until 2009, when he started developing three parallel businesses, today, still active: M-Centric, Benn Ventures & Benn Telco. 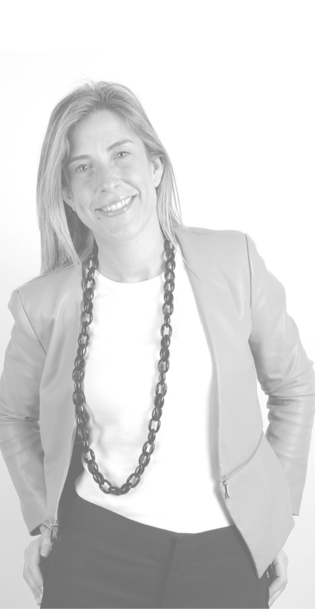 “Having the best sales team allows us to anticipate our clients’ needs, and maintain the quality of our proposals.”

María has participated in projects such as the preparation of the ISO Standard of the Contact Center or the DISCATEL project which main target is to integrate people with disabilities. She also takes part of the Client Experience Committee of the AEC (Spanish quality associations) and participating with DEC in the development of the Customer Experience Strategy. 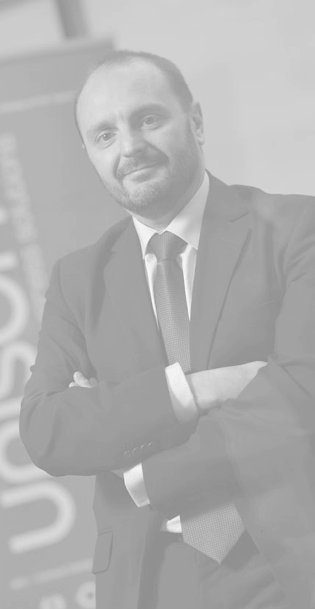 Fernando Rodríguez Sierra has been the International Director since April 2019. Fernando joined the Group in 2007 assuming responsibilities in the operational management as Manager, Client Director, Account Director and since 2015 Country Manager of Colombia.

Prior to joining the company, Fernando worked at Atento as a Business Manager, managing projects for large companies and previously as Head of Planning and Implementation of strategic projects of the company Six Sigma.

Read media articles about our projects and their results.

All the latest news

Leadership in the Customer Management sector

The Unisono Group is a reference in the field of Customer Management. It has more than 10 brands in several countries, which cover different areas of expertise and in which around 7,000 people work.